Our final show just wrapped! This summer, I’ve been working with the amazingly talented Jon Gann to produce a Capital Fringe 2016 show on the famous “Rabbit Woman of Godalming,” who gave birth to a series of rabbits–in parts–over the course of a few months in 1726. It was a song cycle, each song in which was composed by a DC-area composer/songwriter, and then as a whole orchestrated by a brilliant friend of mine, Stephen Lilly, and the band he plays in–These Quiet Colours–lent their talents as the house band, The Bloody Bunnies. Craig Houk directed our four performers: Rachel Jones, Colin Brown, Christopher E. Robin, and Grant Collins. We rehearsed at Marymount University, where I’m sure we more than turned a few heads in the library!

Rachel was spectacular as Mary–here she is feeling very uncomfortable with her husband, Joshua Toft’s plans: 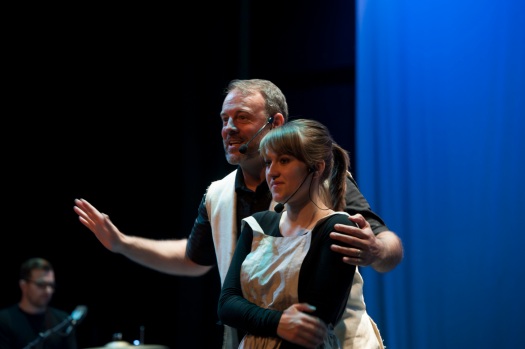 Here is Nathaniel St. Andre working it, as he sells his story: 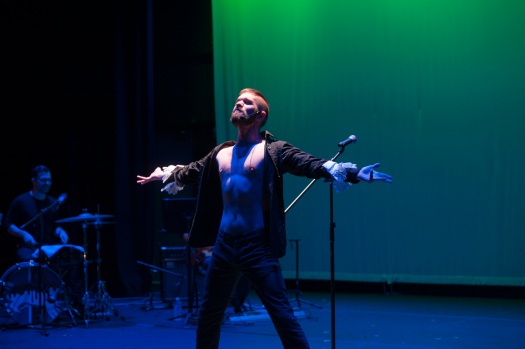 We were extraordinarily lucky to receive two stand-out reviews, one by DC Theatre Scene and one by DC Metro Theater Arts, who described it as

a tale that is not only compelling in its own right, but, as we are reminded in the program notes, resonates forcefully today with its emphasis on “spin, celebrity, and agenda.”

You can read more about the performance at the website, and watch a mini- music video below), created by Pete Duvall and Tim Tate, featuring These Quiet Colours performing The Mauls’ song, “Media Madness.” The video was edited together for sound by the talented Steve Wanna.

Here is the program, and you can now view the whole show (and see more pictures!) at RabbitMusical.com.